THIS PAGE IS BEING UPDATED

Here she is, Bonnie Lass's girl. Born the on 26th July 2011, Angel was picked from a litter of 6. After a few looks at the sheep she finally decided it was time and when a young dorper stomped one too many times she took up the challenge. It is very early days but there is a great feeling of excitement and relief when they begin! I will keep you updated on her progress.

Update.. Angel's training is complete. She has a beautiful ability to read her stock and move them without much fuss. Angel is a calm bitch with lovely footwork like her mother. She has nice distance and archs beautifully around her sheep. Angel has plenty of eye and natural herding ability. She has a nice cast that is improving with every run and strong walk up. Angel is able to handle many different situations and mob sizes.  Angel has now joined the mustering team and has proven her worth in the paddock. She handles cattle and sheep well and is always in the right spot. Her force has been tested and she didn't disappoint. Angel is my best in the trial ring with many places and wins already. She is just a very consistent worker. 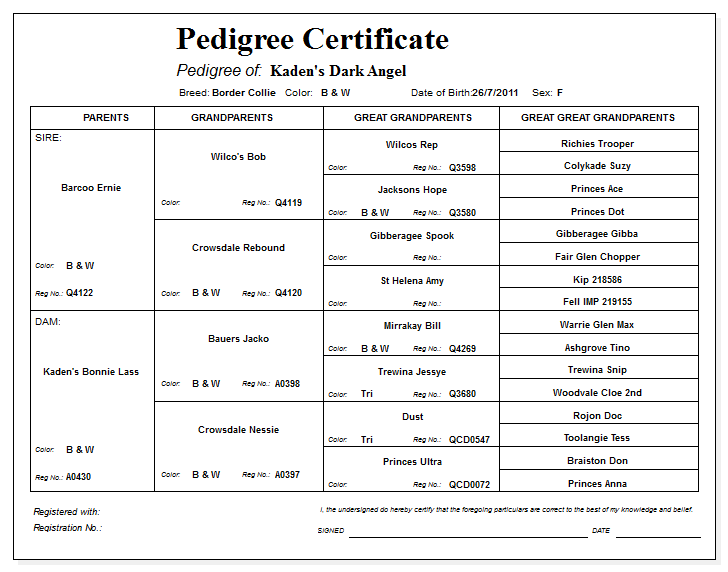